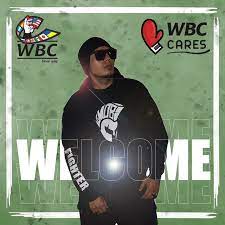 By IGMOB ADMINSeptember 28, 2021No Comments

At our convention in 2006, The WBC, with the love of President Jose Sulaiman, proudly launched  WBC World Boxing Cares*. The program acknowledges all those little champions around the world that serve as an example of courage and heroism.

This initiative consists of a world campaign in which boxing personalities, especially world champions, visit children’s hospitals , orphanages and youth centers, to encourage them to keep up the fight. These sport celebrities have shown by example, that there is always the possibility to succeed, no matter what the battle or the odds. It is composed of compassionate volunteers.

Genaro “Chicanito” Hernandez and Eric “The Terrible” Morales, WBC Ambassadors for Peace and Goodwill in the World Through Sports, and our Chairperson, Jill Diaomnd, made the first visit to Childrens Hospital in Los Angeles.

Since the passing of our beloved Presdient, Jose Sulaiman, his son, now President Mauricio Sulaiman continues in his footsteps, also adding the Jose Sulaiman Benevolent Boxing Fund, to aid many needy boxers with yearly pensions.

“Boxing has no borders; we don’t care about skin colors, religions, politics, flags, languages. We all speak the same language; we all understand perfectly its universal voice. We all chat with our fists, with our hearts, with our souls; that’s what boxing is all about.”

The World Boxing Council is the largest sanctioning body of professional sports in the world. It represents 164 countries; a culturally and economically diverse brethren of people united by their love of boxing. The WBC is dedicated to the safety and equality of the athletes who engage in this sport.

In 2006, the WBC celebrated the thirtieth anniversary of Dr. Jose Sulaiman, as President of the organization. It has always been Jose’s mission to find different ways for our community, to share the richness of our humanity with others. During his leadership, the World Boxing Council has donated more than one million dollars to UCLA, helped victims of the Tsunami, by sending doctors and supplies, held fund raisers for those devastated by Katrina, and paid for the operations and survival of past heroes in our sport.

Moved by tragic current events, Jose has decided that he wants to help those innocent lives who have suffered the most. As an international organization, the WBC has the power to extend a helping hand to children worldwide.

A wise person once said that a society is measured by how they treat the less fortunate. We feel privileged that we have found a way to improve the quality of life for many sick children. That is why Jose Sulaiman and the WBC want to go into hospitals and bring the courage of our boxers to young champions who are battling illness. These young people are our true hero’s.

Like health care, boxing is an individual pursuit that takes a team effort to succeed. “WBC: World Boxing Cares – Big Champs for Little Champs” — is our way of becoming part of a larger team helping needy children.

When we went to the Childrens Hospital Los Angeles we brought Champions from the Greater Los Angeles community. We brought neighbors who spoke the same language and walked the same streets. They conveyed a message of hope and compassion as only people who’ve been there can. President Sulaiman and the WBC are dedicated to making a difference in the lives of children and families facing adversity. We are all fighters, but some of us our champions. Join World Boxing Cares and became a Big Champion supporting Little Champions.

Aside from being the world’s number one boxing designer Javier Zinzun Jr. is a WBC Cares world ambassador.    Here is a video from the most recent boxing event highlighting what JR had to say about the boxing event.    Javier Zinzun is also a motivational speaker aside from the long list of hats he wears from his company at IGMOB.    CEO of the world’s number one boxing designer brand said it was an honor to become a WBC Cares ambassador.  One of Javiers main goals in the industry is not only to stay on top of the fasihon game but give back to the community as much as he can.